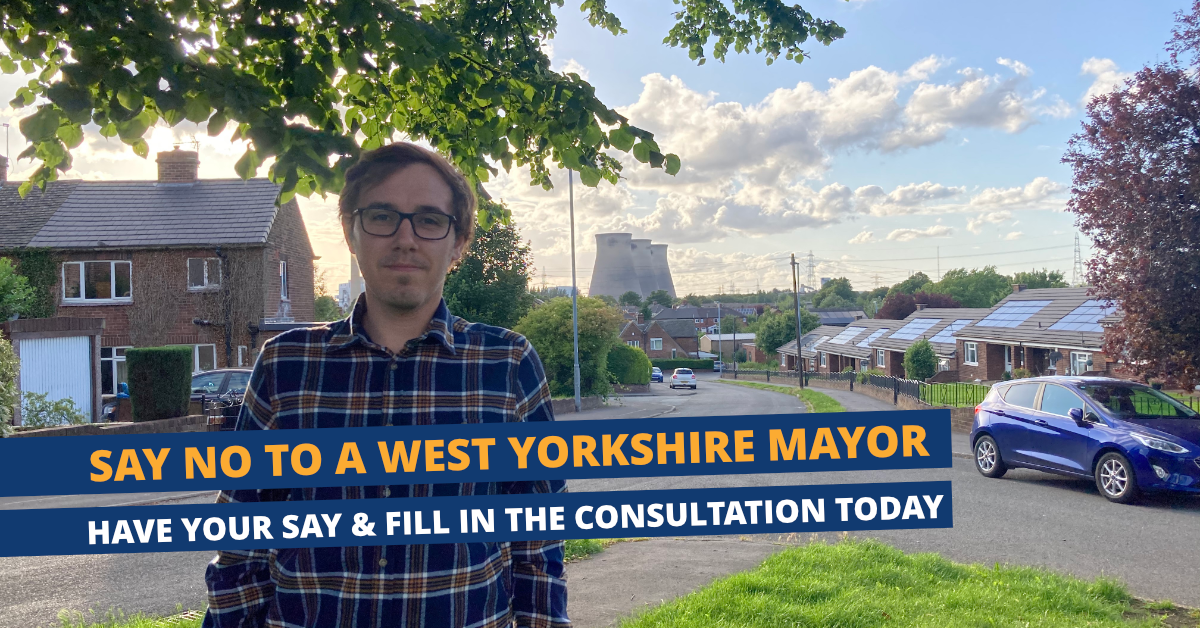 Wakefield Liberal Democrats are urging local residents to reject plans for a Leeds City Region Mayor. A consultation is presently underway on introducing a Metro Mayor in time for next year’s Local Elections.

Lib Dems Councillor Tom Gordon said: “In these difficult times local people don’t want to be forking out extra Council Tax for a Mayor nobody wants. Many people are really struggling and this extra bill will be a real hardship.”

Plans for the new Leeds City Mayor were signed off in March between the five Labour Council Leaders of West Yorkshire and the Government. There is now a consultation ongoing and the Lib Dems are urging local people to make sure their voices are heard.

Lib Dem Councillor Tom Gordon said “This is a bad deal and is just another Labour stitch-up. Residents in our area rejected the idea of an elected Mayor, in a referendum back in 2012, yet somehow now we are likely to have one imposed upon us. This isn’t meaningful devolution, it’s an undemocratic stitch-up with the five Labour Authority Council Leaders having the power to veto and amend the Mayor’s budget. SO even a non-Labour Mayor will have to fall in line.”

Concerns have also been raised about the possible replacement of the elected Police and Crime Commissioner with what would presumably be a party political appointed by the Mayor.

Councillor Gordon added: “I don’t see why Yorkshire can’t have a proper devolution deal like Scotland and Wales. We want Yorkshire to have proper power, not this shabby Labour stitch-up. I’m therefore asking people to oppose the deal in the consultation.

The consultation can be completed online at:
https://www.westyorks-ca.gov.uk/consultations/west-yorkshire-devolution-consultation/